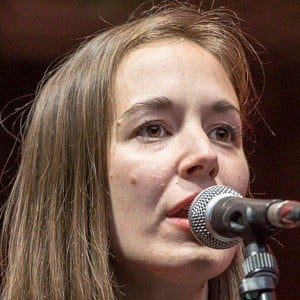 American singer and guitarist whose debut single "You and I" was praised by prominent publications like Rolling Stone and Brooklyn Vegan. Her first full-length album, Emotions and Math, was released on ATO Records in 2016.

She grew up in Red Bluff, California. She got her start as a touring musician playing in other people's groups.

She was invited to perform on NPR's Tiny Desk Concert in 2016.

She has an older sister named Becca.

She toured with country star Rayland Baxter prior to the release of her first album.

Margaret Glaspy Is A Member Of