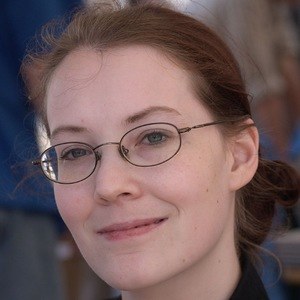 Comic book artist who is known for her written and illustrated works. She created her own comic book called Clues and also teaches character design and comic strip lessons at the Canvas School in Lausanne. She shares photos of her work through Instagram for her over 40,000 followers.

Inspired by Disney, Star Wars, and Sherlock Holmes, she began drawing at a young age and released her first comic book Clues in 2004. She went on to release the first published set in June of 2008.

She first earned major recognition in 2005 when she participated in the Angouleme Comics Festival and was noticed by Akileos Editions.

She was born and raised in Lausanne, Switzerland.

Jared Muralt and Enrico Marini are both comic book artists also from Switzerland.

Margaux Kindhauser Is A Member Of