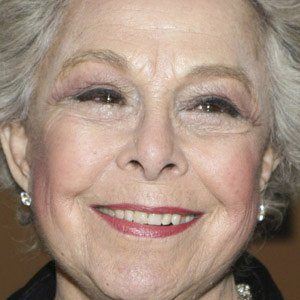 Dancer and choreographer who appeared in the musical films Show Boat and Lovely to Look At, as well as the 2001 Broadway revival of Follies.

She started dancing as a young girl and became a ballet instructor when she was 12 years old.

She was the model for Snow White in the 1937 animated film Snow White and the Seven Dwarfs.

She married her third husband Boris Sagal in 1977.

She was part of a dance team with her former husband Gower Champion.

Marge Champion Is A Member Of