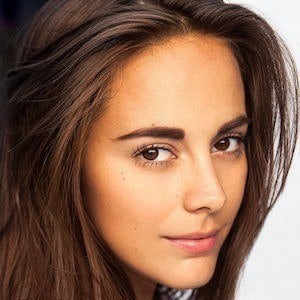 Ecuadorian actress who played the role of María Alegría Pimiento in the Colombian telenovela, La Marca del Deseo starting in 2007.

She studied economics in Colombia at the University of the Andes and left to pursue acting.

She competed on the Colombian version of The X Factor in 2005.

She was born to Colombian parents in Guayaquil. Her parents have always supported and encouraged her.

She acted in the 2019 film Los Leones with Clarissa Molina.

María Elisa Camargo Is A Member Of