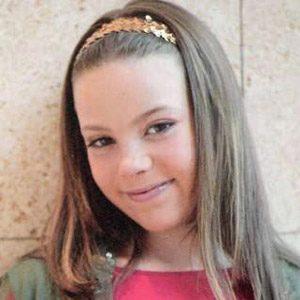 Singer famous for winning the 2004 Junior Eurovision Song Contest representing Spain. She became the youngest person ever to win the contest at 9 years, 10 months, and 16 days old.

She showed interest in singing and dancing at a very young age.

Her debut album, "No Me Toques Las Palmas Que Me Conozco", hit #1 in Spain and eventually went 5x Platinum.

She has an older brother named Saul.

She and Malta's Gaia Cauchi have both won the Junior Eurovision Song Contest.

María Isabel Is A Member Of