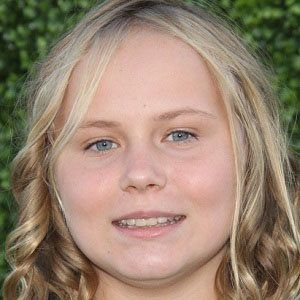 Famous for her childhood role as Bridgette DuBois on the television series Medium, Lark received a 2007 Young Actress Award nomination for her work on the paranormal show.

She made her television debut on Medium when she was just eight years old.

In 2006, at the age of nine, she co-hosted an episode of the ABC talk show The View.

She was born in Siberia and raised in Southern California by a single, adoptive mother.

Maria Lark Is A Member Of