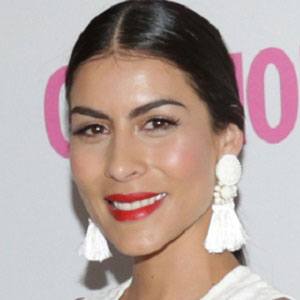 Former lead singer of the Mexican pop band Playa Limbo. In 2016, she announced her departure from the band to pursue other projects. In 2017, she starred in Telemundo's telenovela Guerra de Ídolos. In 2018, she released her first solo album titled Inquebrantable.

She wrote her first song at the age of six and it was about her mother. She kicked off her professional career at the age of 14 on the singing competition reality show Pop Stars where she won along with four other girls and they formed the band T de Tequila. Playa Limbo formed in 2003 with Angel Baillo and Jorge Corrales and Maria joined shortly thereafter.

Playa Limbo was nominated for Pop Group of the Year at the Lo Nuestro Awards in 2010 and 2011. She won the third season of the Mexican version of Bailando por un Sueño in 2014.

She was born in Guadalajara, Jalisco but has lived in Mexico City. Her friends gave her the nickname "Sergeant Leon." She has six dogs named Turca, Bicho, Sancho, Mamo, Rayita and Mica.

María León Is A Member Of