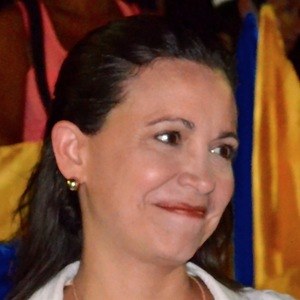 Venezuelans politician and activist who has gained notoriety as a member of the National Assembly of Venezuela.

She was one of the lead figures during the nationwide Venezuelan protests in 2014.

She has been a member of the Coalition for Democracy Unity Sumate party.

She has three children from a marriage that has since ended.

She is a political rival of Venezuelan President Nicolas Maduro.

Maria Machado Is A Member Of