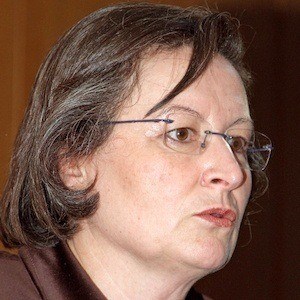 Portuguese politician and educational reformer who served as Minister of Education of the 17th Constitutional Government from 2005-09. In 2010 she became the President of the Executive Council of the Luso-American Development Foundation.

She earned her Ph.D. in sociology from the ISCTE - Lisbon University Institute in 1996.

She was born in Lisbon, Portugal.

She served as Minister of Education under the administration of Prime Minister Jose Socrates.

Maria de Lurdes Rodrigues Is A Member Of