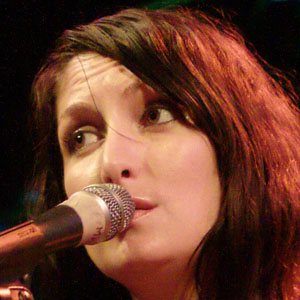 American singer who has been part of the duo Azure Ray with Orenda Fink. She is part of the Saddle-Creek family based in Omaha.

She began her music career at fifteen years old when she joined the band Little Red Rocket.

She has collaborated with many artists including Bright Eyes, Moby, and Michael Stipe.

She has contributed her vocals to many artists songs, including Joshua Radin.

Maria Taylor Is A Member Of