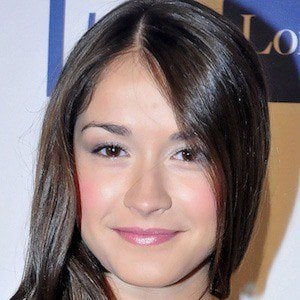 Brazilian actress known for playing Maya Mercado on All My Children and Zoe Mendez on Jane by Design. She also portrayed Nicole on Hollywood Heights.

She first gained attention after winning a fashion contest in 2003. She made her TV debut on an episode of Zoey 101 in 2008.

She's occasionally been credited as Mariah Moore. She learned how to speak English after moving to Chicago at six-years-old.

She has an older sibling.

She appeared alongside Erica Dasher on Jane by Design.

Mariah Buzolin Is A Member Of