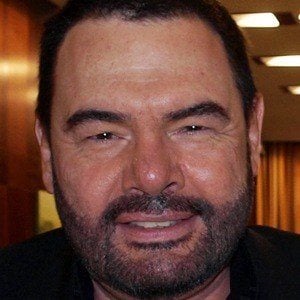 German vocalist best known as the leader of the synthpop band Alphaville. He and the band first found great success in the 80's with singles like "Big in Japan," "Forever Young" and "Dance With Me."

He was a member of the art collective known as Nelson Community in Berlin. He performed with the band Chinchilla Green before joining Alphaville.

He has released the solo albums Solo Long Celeste and Untitled.

He has six children by four different mothers.

He included a cover of David Bowie's "Five Years" on his solo album Untitled.

Marian Gold Is A Member Of