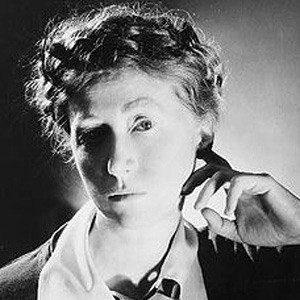 Pulitzer Prize-winning, modernist poet known for such witty works as "O To Be a Dragon" and "A Face." Her most famous poem, the aptly-titled "Poetry," was published in 1919.

She began writing poems at age seven, but did not consider herself a poet until she was in her thirties.

Her 1951 Collected Poems received not only the Pulitzer Prize, but also the Bollingen Prize and the National Book Award.

She was born near St. Louis, Missouri to a Presbyterian minister's daughter and a mechanical engineer.

She was a close associate of Wallace Stevens, Mirna Loy, James Merrill, and other well-known poets of her era.

Marianne Moore Is A Member Of