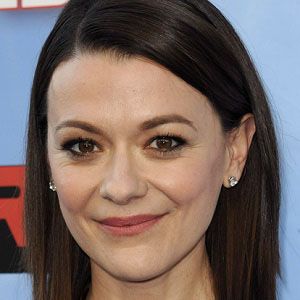 Initially notable for her appearances on the television comedy program Thank God You're Here, she went on to play the recurring role of Merideth on the comedy series Cowgirl Up, as well as the series regular role of Alice Murphy on the Comedy Central show Workaholics.

She began her career with the Detroit and Chicago branches of the famous Second City Comedy troupe and went on to make her screen acting debut in the 1998 feature All of It.

Between 2007 and 2008, she had guest spots in four episodes of the ABC series According to Jim. She began playing Christina Wheeler on the CBS series Bob Hearts Abishola in 2019. She also has a recurring role as Mindy St. Claire on the NBC series The Good Place.

She spent her early years in Fraser, Michigan.

In 2015, she appeared with Jack Black in several episodes of the HBO comedy series The Brink.

Jumanji: Welcome to the Jungle
Downsizing
The Back-Up Plan