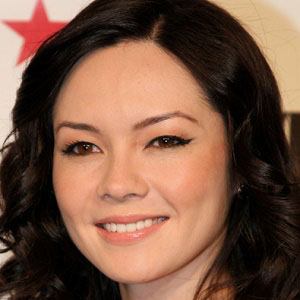 After rising to fame for her YouTube cover of the Rihanna hit "Umbrella," she released several studio albums, including Unfold, Breathing Underwater, and Winter Fields. Many of her songs, including "Say It Again" and "Avalanche," were featured in episodes of such television series as Smallville and The Hills.

In 2004, while attending the University of California, Berkeley, she performed a Pantene Pro-Voice contest-winning version of her original song "Miss Invisible."

Popular in Asia as well as in the United States, she toured the Philippines and Singapore in 2012 and released a 2011 album on the former country's Star Records label.

The daughter of Matthew Digby and the Japanese-born Emiko Nishina, she grew up in New York City and Los Angeles with younger sisters named Erina Megan and Naomi.

She and pop sensation Justin Bieber both launched their music careers on YouTube.

Marie Digby Is A Member Of