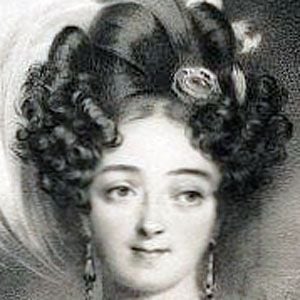 Remembered as one of the most important figures in the 19th-century European romantic ballet movement, Taglioni performed at Her Majesty's Theatre, London; the Paris Opera Ballet; and the Saint Petersburg Imperial Ballet.

When she was in her late twenties, she rose to fame for her work in La Sylphide, a ballet that had been created for her by her choreographer father Filippo Taglioni.

She stirred controversy by performing in shorter-than-customary dance skirts; her less than scandalous aim was to better display her skill en pointe.

Her father was not the only performing artist in the family: her mother, Sophie Karsten, was a famous ballet dancer, and her brother, Paul Taglioni, also had an influential career as a dancer and choreographer. In addition, her grandparents, Christoffer Christian Karsten and Sophie Stebnowska, were both opera singers.

Marie Taglioni Is A Member Of