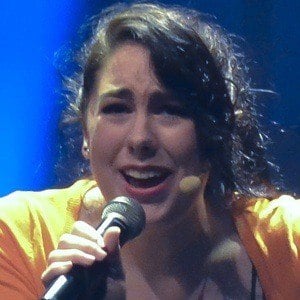 Belgian actress who rose to stardom playing Charlotte Timmermans on the Studio 100 children's series Ghost Rockers. In 2016, she starred on a big screen spin-off of the show, Ghost Rockers: Voor Altijd?

She attended the Lemmens Institute in Leuven, Belgium.

She participated in the Studio 100 Summer Festival in 2009.

Her father is Studio 100 founder Gert Verhulst. She has a brother named Viktor.

She was cast alongside Tinne Oltmans on Ghost Rockers.

Marie Verhulst Is A Member Of