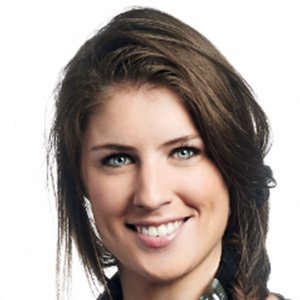 Dutch television and radio host who is best recognized for her work hosting several programs on the RTL network including Late Night and Boulevard. She is also known for her work on reality television and has participated as a contestant on several series' including the 18th season of Expedition Robinson.

She studied Communication Management at Hogeschool Utrecht in 2008. She then started her career with CityFilm which allowed her to travel to Dubai, Berlin, and Abu Dhabi. Her venture into radio began in November of 2011 and her television career started in 2015 as a presenter on the NH program.

She was nominated for a Marconi Award for Up and Coming Talent in 2014 as well as the Philip Bloemendal Prize.

She was born and raised in Gouda, Netherlands and shared a photo with her father to Instagram in June of 2019.

She hosted the Mattie & Marieke program on the Qmusic station alongside fellow radio and television host Mattie Valk.

Marieke Elsinga Is A Member Of