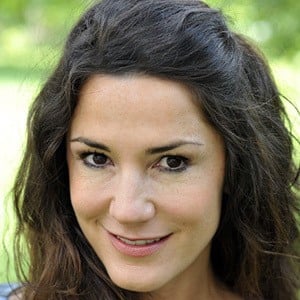 German actress and model who is known for her roles in film, television, and theater. She is best recognized for having starred in Sabine! and Im Namen des Gesetzes as well as the ZDF productions The Desert Rose and Dreamtime.

She studied acting at both the Ernst Busch Academy of Dramatic Arts and the Fritz-Kirchhoff-Schule in Berlin. She made her debut in several theater productions before making her television debut in SOKO Leipzig.

She was also featured on the cover of Playboy Magazine in March of 2004.

She married Patrick Graf von Faber-Castell in New York in December of 2006. She has two children: Isabella Maria and Lucia.

She shared a photo with fellow German model Larissa Marolt to her Instagram in January of 2019.

Mariella Ahrens Is A Member Of