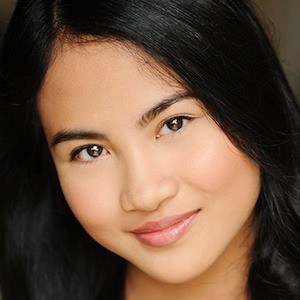 Television actress best known for her role as Avery on the show Talia in the Kitchen. Also a model, she has appeared in internet ads for Target, JoAnn's Fabrics, Office Depot and many other companies.

She started acting and singing when she was 7 years old, participating in school plays and musicals. She realized she wanted to be an actress after starring in her 5th grade musical Aladdin Jr. as Jasmine.

Born in Manila, Philippines, she moved to South Florida when she was 3 years old. She has three older brothers named Lorenzo, Marco, and Paolo. She has two dogs named Rogue and Delphi.

She first met Gail Soltys while shooting for PBTeen in 2014, and a few months later she was cast as her best friend on Talia in the Kitchen.

Marika Dumancas Is A Member Of