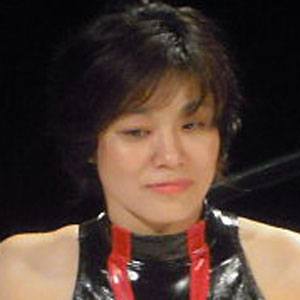 Best known for her time in the promotion ARSION, she has been successful as both a wrestler and a trainer.

She made her professional debut on October 10, 1988, for the promotion All Japan Women's Pro-Wrestling.

She was born in Mukaishima, Hiroshima, Japan.

She is one of Japan's most famous female wrestlers, along with stars such as Bull Nakano.

Mariko Yoshida Is A Member Of