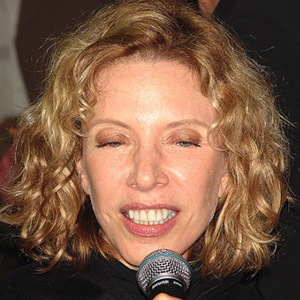 Journalist, actress and singer who has worked consistently in the entertainment field since 1969.  She first garnered national attention in 1973, when she became a special reporter for the show Fantástico after presenting a story about Carmen Miranda's death. She has appeared in telenovelas such as A Diarista, Chiquititas and Adnight.

Her career began in 1969 when she was an intern at Rede Globo's Jornal Nacional.

In 1982 she released her debut album "Marília Gabriela" and in 2008 her first book, What I Love Both.

She has two children, Theodoro and Christiano Cochrane.

She has worked with a large variety of notable figures, such as Caetano Veloso, Fabio Porchat and Dira Paes.

Marília Gabriela Is A Member Of