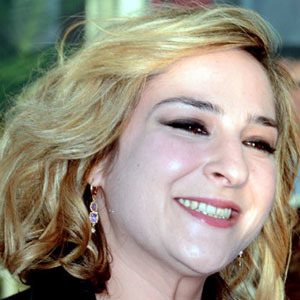 French actress, director, and screenwriter who is known for having starred as Lolita Cassard in the 2004 feature film Look at Me as well as Melanie Lupin in the 2008 film Ugly Melanie. She is also known for having directed several features as well including Josephine, Pregnant & Fabulous and Quand on Crie au Loup.

She first started her acting career at the age of 8 when she made her debut in the comedy film My Life is Hell in 1991. With a passion for the art, she dropped out of school to attend the Conservatoire de Paris. She gained further attention in 2004 when she landed the role of Lolita Cassard in the film Look at Me.

She was awarded the Chevalier of the Order of Arts and Letters in 2016.

She is the daughter of fellow filmmaker Josiane Balasko and sculptor Philippe Berry.

She starred alongside Frederique Bel and Gil Alma in the 2008 feature film Ugly Melanie.

Marilou Berry Is A Member Of