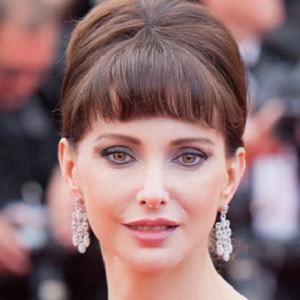 Perhaps most well known for her portrayal of Dorothy Doll in the French television series Le Grand Journal de Canal Plus, she is also notable for her recurring roles in Fais Pas Ci, Fais Pas Ca and Profilage. She also appeared in the films Au Bistro du Coin and La Liste de Mes Envies.

After studying literature and art history at the Marc Bloch University of Strasbourg, she funded her acting and comedy classes by working as an underwear model. She appeared in her first film, Deuxieme Vie, in 2000.

She provided the voice of the Barbie character in the French-dubbed version of the American animated film Toy Story 3.

She spent her youth in Annecy, Haute-Savoie, France.

Frederique Bel Is A Member Of