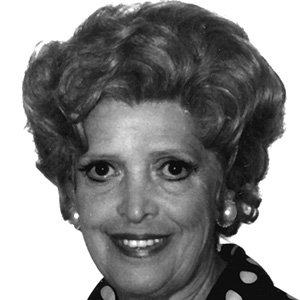 Broadway performer who earned Tony and Drama Desk Awards for her role as Jan Donovan in the 1981 production of Woman of the Year. Her other Broadway credits include roles in the original productions of West Side Story and Gypsy.

In 1956, she made her Broadway chorus debut in Mr. Wonderful.

She appeared on many television shows, including The Nanny, Cheers, Law & Order, and Kate & Allie.

She was born in New York City. She died in New Jersey at the age of seventy-four.

She performed with Madeline Kahn in the 1970 Broadway musical Two by Two.

Marilyn Cooper Is A Member Of