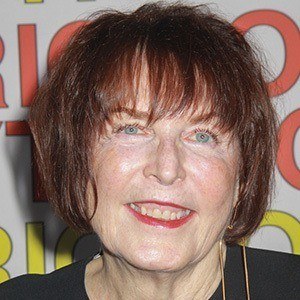 She earned a Master of Fine Arts at Syracuse University and would go on to become involved in the Manhattan nightclub scene during the 1970s and 1980s.

She has taught in the MFA department at New York's School of Visual Arts.

Her drug-addicted mother was the subject of one of her most acclaimed photographic studies.

She was seen at the Brooklyn Museum Ball alongside Alicia Keys in April 2017.

Marilyn Minter Is A Member Of