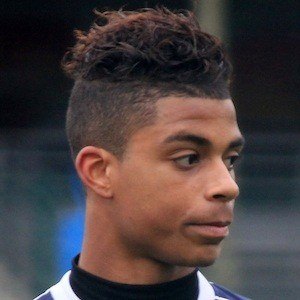 Midfielder who played for Lorient and Marseille before having great success with Juventus, whom he joined in 2015. He has played internationally for both Gabon and France.

He began playing with the Lorient youth academy at age 11.

He completed the "domestic double" in his first two seasons with Juventus by winning both the Serie A and Coppa Italia titles.

He has a son named Neals from a previous relationship. He and his girlfriend Fanny Neguesha had a child in 2018.

He has been teammates with full back Mattia De Sciglio on Juventus.

Mario Lemina Is A Member Of