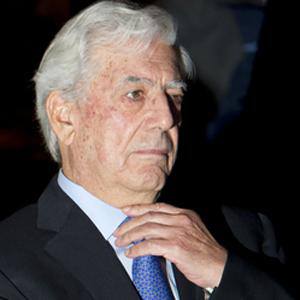 A Peruvian author, teacher, and politician, he is best known for literary works such as The Time of the Hero, The Green House, and Conversation in the Cathedral. He won the 2010 Nobel Prize in Literature.

He studied literature and law at Peru's National University of San Marcos. His first short story, The Leaders, was published in 1957.

In 2011, he was a recipient of the prestigious Order of the Aztec Eagle. In 1994, he also won the Miguel de Cervantes Prize.

He married his second wife, Patricia Llosa, in 1965. He had three children: Alvaro, Gonzalo and Morgana. In 2015, he began dating former model Isabel Preysler.

He won the Nobel Prize in Literature a year before Tomas Transtromer received the same honor.

Mario Vargas Llosa Is A Member Of