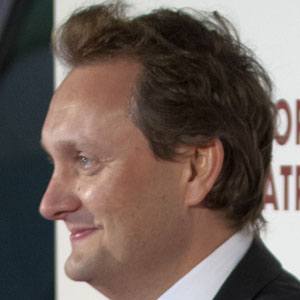 Irish actor and musician who is known for acting in the popular Gift Grub segments on the Ian Dempsey breakfast show on Today FM. He earned a 2005 number one single on the Irish Christmas music Charts with his parody of Will Young's song Leave Right Now.

He had an early role as Dr. David Hanlon in the soap opera, Glenroe in the 1990s.

He played Irish footballer Roy Keane in the comedic musical play I, Keano in 2005.

He grew up in Ireland.

Liam Neeson is another actor who hails from Ireland.

Mario Rosenstock Is A Member Of