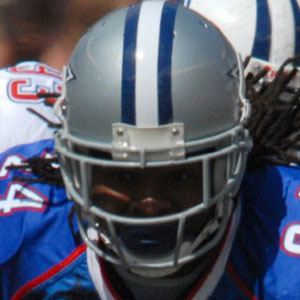 Running back who played for the Dallas Cowboys from 2005 to 2010, and finished his career in 2011 with the Chicago Bears.

He attended the University of Minnesota, where he was originally supposed to play safety; he instead stayed at running back and won the Music City Bowl MVP in 2004.

His father, Marion Barber Jr., and his brother, Dominique Barber, both played in the NFL as well.

In high school he often played against future MLB catcher Joe Mauer, who was a star quarterback.

Marion Barber III Is A Member Of