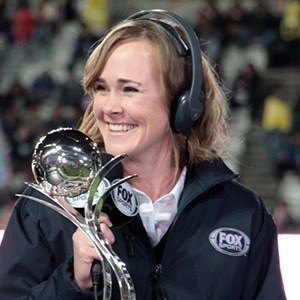 Sportscast and broadcast journalist who is predominantly recognized for her work with Fox Sports Latin America. She has covered major sporting events such as the 2016 Summer Olympics and the 2014 FIFA World Cup for the network.

She studied communications at the Monterrey Institute of Technology and Higher Education.

She was the first Mexican journalist to be considered for a Sport Emmy Award.

She was photographed with professional race car driver Daniel Ricciardo in 2017.

Marion Reimers Is A Member Of