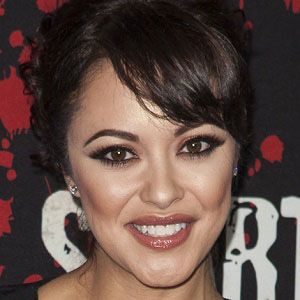 Soap opera actress notable for her roles on General Hospital and The Young and the Restless. She later went on to star as Lina Flores on the Lifetime channel's Against the Wall and to play the recurring character Detective Maria Baez on CBS's Blue Bloods.

She began modeling at the age of thirteen and made her television debut in a 1997 episode of Port Charles.

Her cinematic credits include performances in All Souls Day (2005) and Itty Bitty Titty Committee (2007).

She was born in Los Angeles and raised in Alhambra, California. Her marriage to Nathan Lavezoli began in 2002 and ended in divorce in 2011.

She co-starred with Chris Vance in the 2009 FOX International series Mental.

Marisa Ramirez Is A Member Of