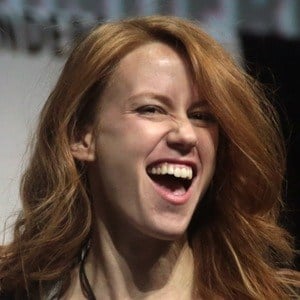 Well known for starring in the weekly live roleplay series Critical Role. She is an actress who has provided her voice for numerous video games, such as Lego Star Wars: The Force Awakens, Star Wars: Battlefront and Metal Gear Solid V: The Phantom Pain.

She graduated from Point Park University in Pittsburgh, Pennsylvania in 2007 where she studied acting. She also studied acting at The American Academy of Dramatic Arts.

She starred in and wrote some episodes of a horror web series called 8.13 which was awarded Best Writing in a Horror Series by the LA Webfest Awards.

Originally from Kentucky, she would move to Los Angeles, California. She married co-star Matthew Mercer in October 2017.

She stars alongside Matthew Mercer in Critical Role.

Marisha Ray Is A Member Of