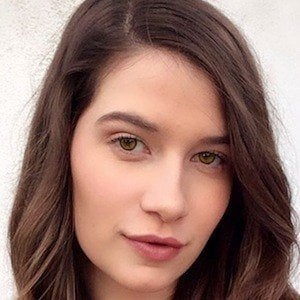 Beauty, fashion, and relationship guru known for her self-titled YouTube channel. The insanely popular star has earned more than 1.7 million subscribers by creating makeup tutorials, DIYs, and hauls. She is especially known for her period videos covering different aspects and tips about menstruation.

After creating her channel in 2009, she then posted the first video "Sterling Knight and Marissa in 'I think your super delicious'" in 2010.

One of her most popular YouTube videos is "20 BIG BOOB Struggles Only Girls Understand!," which earned more than 7 million views within six months of being posted.

She has occasionally pranked her parents and sisters in videos on her YouTube channel.

Fellow internet star Lucas Dell made a guest appearance in her YouTube video titled "PRANKING MY SISTER MY BOYFRIEND IS A JERK!!!!"

Marissa Rachel Is A Member Of