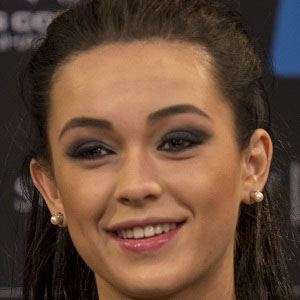 After finishing as a finalist in the 2014 Eurovision Song Contest, this Ukrainian pop vocalist released a U.K. Top 200 single titled "Tick-Tock."

She began her rise to fame in 2012, scoring near-wins on the television music contest Holos Krayiny and in the Ukraine's live New Wave music competition.

In late 2013, she voiced her support for a Ukrainian political faction known as the Party of Regions.

A native of Chernivtsi, Ukraine, she is the child of singer Nazariy Yaremchuk. She grew up with half-siblings named Vera, Nazariy, and Dmytro.

She and fellow Ukraine native Sofi Tarasova both came to public attention as finalists in the Eurovision Song Contest.

Mariya Yaremchuk Is A Member Of