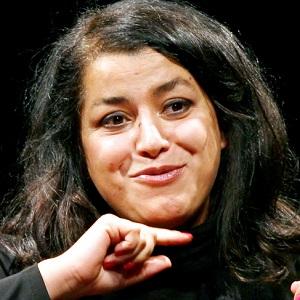 Graphic novelist, children's book author, and cartoonist whose autobiographical work, Persepolis, was adapted into a successful 2007 film. Her other notable works include Embroideries and Chicken with Plums.

She grew up in Iran and studied abroad for a time at The French School of Vienna, Austria. She later graduated from the Islamic Azad University with a master's degree in visual communications.

Her novel, Chicken with Plums, was adapted into a film.

She was previously married to a man named Reza from 1989 to 1994; she later married Mattias Ripa.

The film based on her book, Persepolis, featured punk rocker Iggy Pop.

Marjane Satrapi Is A Member Of