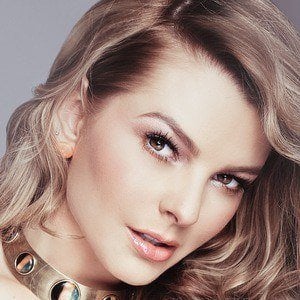 Telenovela actress who starred as Camelia Valente on Gata Salvaje and as Carol in Mariana de la Noche. She began starring in Sueño de amor in 2016.

She made her debut in 2000 on the telenovela Amantes de luna llena.

She competed in the Miss Venezuela beauty contest in 1999, and was later a model for brands such as Formula 1 and Pepsi-Cola.

She has two brothers, Juan Carlos and Hadda Boberto. She was married to Richardo Alamo from 2005 to 2006. She became engaged to Sueño de amor costar Julian Gil in 2016. In 2017, they welcomed a son named Matias Gregorio, but they also ended their relationship that year.

She co-starred with Eduardo Yanez on the telenovela Amores Verdaderos.

Marjorie de Sousa Is A Member Of