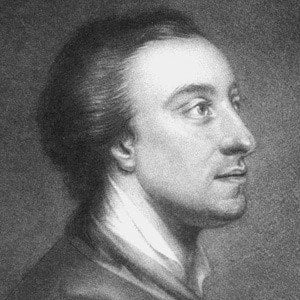 Eighteenth-century poet and physician known for The Pleasures of the Imagination, Odes on Several Subjects, and other works. His complete works were published posthumously in 1834.

He studied theology before eventually settling on a medical career. He received his M.D. from the University of Cambridge.

He was a lifelong friend of British politician Jeremiah Dyson.

He grew up as a butcher's son in Newcastle-upon- Tyne, England.

His literary career was promoted by Alexander Pope, who assured a prospective publisher that Akenside was a superb writer who should receive great financial compensation for his work.

Mark Akenside Is A Member Of