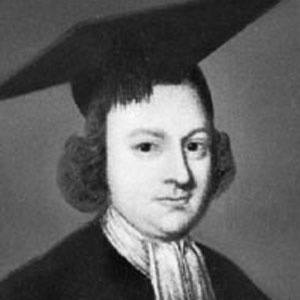 Popular British poet whose works include "Jubilate Agno," "A Song to David," and other religious poems. He was a frequent contributor to The Student and other literary journals.

He was born prematurely in Kent, England. He went on to study at Pembroke College, Cambridge, where he lived extravagantly and sank into debt.

He began publishing work in The Midwife in 1751, writing under the pseudonym of "Mrs. Mary Midnight."

He wrote many poems to his beloved Harriot Pratt. However, he ended up marrying Anna Maria Carnan, whose stepfather published many of his literary works.

He wrote "A Song to David" during his confinement in a mental institution. Robert Browning praised the poem for its insanity-induced brilliance.

Christopher Smart Is A Member Of