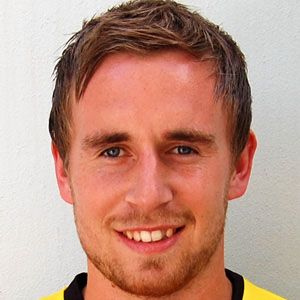 NFL defensive end who was selected by the Chicago Bears in the fifth round of the 2006 NFL Draft.

He played college football at the University of Alabama.

He played for the Houston Texans and the New England Patriots for one season each after leaving the Bears in 2010; he signed with the Buffalo Bills in 2012.

He grew up in Tulsa, Oklahoma.

He played with Shawne Merriman during Merriman's last season with the Bills in 2012.

Mark Anderson Is A Member Of