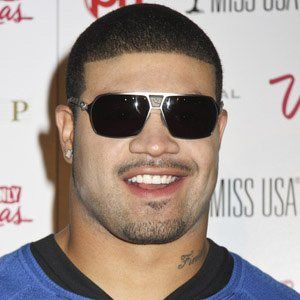 He was drafted 12th overall by the San Diego Chargers in the 2005 NFL Draft after playing college football for the University of Maryland.

After his time with the Chargers ended in 2010, he was signed by the Buffalo Bills, but injuries plagued him as a member of the team.

He dated reality star , but a fight they had became public and the relationship soon ended.

He played alongside quarterback Philip Rivers on the Chargers.

Shawne Merriman Is A Member Of