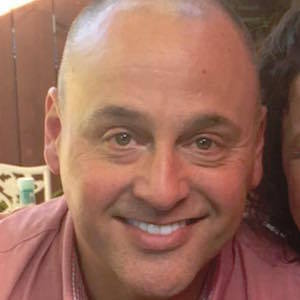 Health blogger who first rose to fame competing on the weight loss reality series The Biggest Loser: No Excuses in 2012. Shortly after, he and his wife launched the SweatCor collective fitness blog and nutrition website.

He spent nearly twenty years as a youth pastor and a poor diet and exercise had left him at a weight of 295 pounds at the age of 43. With an array of health problems, he resolved to take control of his health by joining The Biggest Loser.

He documented his weight loss experience in the book Undressed, eventually also authoring more books like a 30 day devotional and a nutrition guide.

His eldest son Chism joined him in competing on the Biggest Loser. Meanwhile, his wife, Cathy, began working to live a healthier lifestyle, losing 40 pounds independently of the show. He also has another son named Josiah and a daughter named Glendie.

Training and competing on the Biggest Loser, he was coached by Dolvett Quince.

Mark Cornelison Is A Member Of