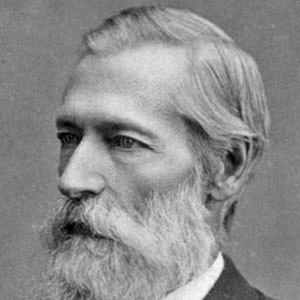 New York-born entrepreneur and investor who helped establish the Central Pacific Railroad in 1861. He was also a major figure in the California Gold Rush, founding New England Mining and Trading Company.

He started a business called the New England Mining and Trading Company during the years of the California Gold Rush. He arrived in California in 1849 and established a grocery store in Sacramento in the following year.

He joined the Republican Party in California and became known for his abolitionist sentiments.

He married his cousin, Mary Frances Sherwood, in September of 1854.

Hopkins, Leland Stanford, Collis Huntington, and Charles Crocker were the four men who founded and funded the Central Pacific Railroad.

Mark Hopkins Jr. Is A Member Of