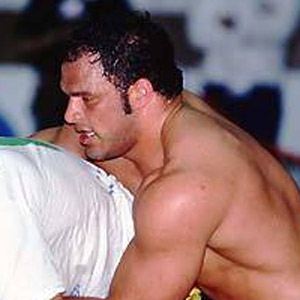 Former mixed martial artist commonly known by aliases like "The Smashing Machine" and "The Specimen." He was a two-time Heavyweight Champion during his time in UFC.

He was a star wrestler at Syracuse University, winning the USA Senior Freestyle Championship.

An HBO documentary about his life, "The Smashing Machine," was released in 2003.

His parents are Mary and Tom Kerr.

He and Randy Couture have both been UFC Heavyweight Champions.

Mark Kerr Is A Member Of