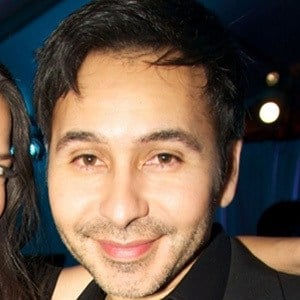 American interior designer and television host who is best recognized for his book The Big-Ass Book of Crafts which is sold in stores throughout the world. He is also known for having hosted My Home 2.0 which aired on the Fox network.

He started his career with several shows on the Style Network including The Learning Channel: 10 Years Younger which he hosted. Then in April of 2010, he starred in his own show My Home 2.0.

He started his career as a writer publishing through Simon & Schuster and went on to publish several other books throughout the years including Pulp Fiction: Perfect Paper Projects and The Big-Ass Book of Bling.

He shared a photo with his mother to Instagram in May of 2018.

Other hosts and designers also known for having hosted programs on the Style Network include Magda Molek and Bon Blossman.

Mark Montano Is A Member Of