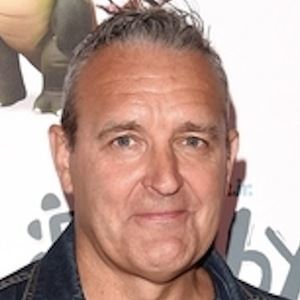 He began acting in 1978 after auditioning for BBC's television play, Lies.

He has appeared on television shows including Thomas the Tank Engine & Friends and Close and True.

He was raised near Toxteth, Liverpool.

Big band music and the songs of Dean Martin inspired him to begin a career as a singer.

Mark Moraghan Is A Member Of