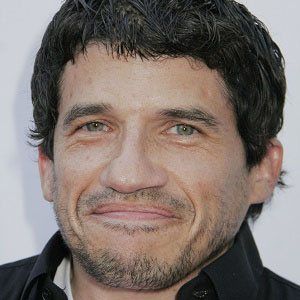 Famous for his role as Kinko in the Reese Witherspoon and Robert Pattinson feature Water for Elephants, he is also notable for his performances in the television shows Boardwalk Empire, Pushing Daisies, and Charmed. Also a stage actor, he delivered an acclaimed performance in a 2003 New York production of the Ibsen play A Doll's House.

Before beginning his screen acting career, he studied communications and theatre at Miami University.

His portrayal of Todd on the TV series Are You There, Chelsea? marked the first time a little person had ever played a series regular role on a situation comedy.

He and his three older siblings grew up in Elyria, Ohio and Wheaton, Maryland in a family of Italian heritage. His marriage to Heather Davis began in 2001 and resulted in two children.

He appeared with Armie Hammer and Julia Roberts in the 2012 film Mirror Mirror.

Mark Povinelli Is A Member Of