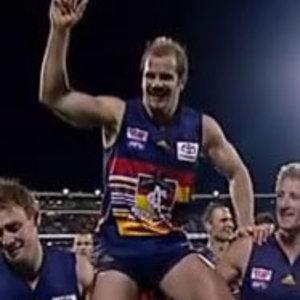 He was recruited by the Adelaide Crows out of high school and made his Australian Football League debut in 1993.

He received the Brownlow Medal, the highest honor in Australian rules football, in 2003.

He has children with Sarah Delahunt, whom he married in 2008.

He and Jimmy Bartel are both winners of the prestigious Brownlow Medal.

Mark Ricciuto Is A Member Of