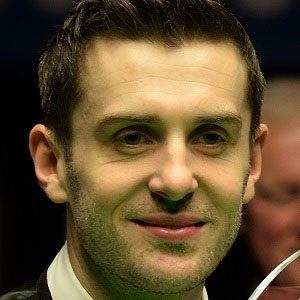 English snooker player nicknamed "The Jester from Leicester" who was crowned the World Snooker Champion in 2014. He has won each of the sport's Triple Crown events and has been ranked as the top player in the world by the World Professional Billiards and Snooker Association.

He finished as the runner-up to David Gray at the 2003 Regal Scottish at age nineteen.

He is also an excellent pool player, winning the WEPF World Eight-ball Championship in 2006.

He married Irish former pool player Vikki Layton in May 2011. Their daughter Sofia was born in November 2014.

Mark Selby Is A Member Of