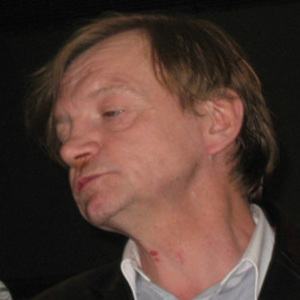 Vocalist and songwriter best known as the frontman and sole constant member of the long-running English post-punk act The Fall. He was famous for his abrasive, sarcastic and satirical lyrics, as heard on albums like Hex Enduction Hour and Your Future Our Clutter.

He spent his early years in Prestwich, England and formed The Fall shortly after dropping out of college at age 19. He worked as a clerk at the Salford docks before quitting to pursue music full-time.

He has been a featured vocalist on songs by artists like Gorillaz, Elastica, Mouse on Mars and Edwyn Collins.

He married keyboardist and The Fall member Elena Poulou in 2001. He was previously married to Brix Smith-Start and Saffron Prior.

He made a cameo appearance in the Michael Winterbottom film 24 Hour Party People (2002).

Mark E. Smith Is A Member Of